In the absence of any fresh positive triggers gold price remains subdued. There was some uptick in prices when the Fed stated that they may continue the accommodative stance till growth re appears. The resurgence of the pandemic also helped gold move up but that was short lived. The fall came after very strong US jobs data. Gold demand, overall, remained sluggish, 10% lower from the earlier period, though there was some recovery in the consumer demand, it was not good enough to balance out the outflows from ETFs seen since the beginning of the current year. Jewellery demand for the first half of the year was at 873.70 tonnes, 17% below the five- year average starting 2015. However, the saving grace has been the demand from central banks. The buying by central banks remained alive in Q2. The gold reserves of central banks rose to 333.20 tons, which is 39 % higher than the five-year H1 average.

This indicates demand trends which are more or less close to the 2020 demand trajectory, but with no major upswing coming through. Gold is trading at 1750, and it has 1830 as a major resistance and 1760 as a strong support. These levels will define the range for gold in the immediate term, but with a bias to the lower end. Only a major surge in the pandemic cases or data indicating a nearly run-away inflation alone could trigger fresh purchases in gold as of now. 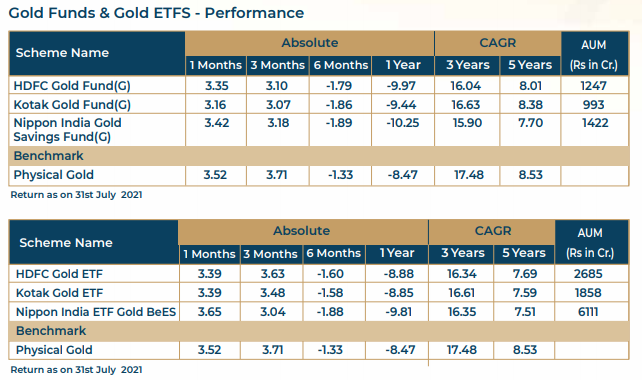 Sovereign Gold Bonds are Government of India securities, issued by the RBI, and provides one more option to investors in lieu of investing in physical gold. The tenor of these bonds is 8 years with exit option after the 5th year. The investment on the maturity value will reflect the prevailing price of gold at that point of time. The issuance calendar of SGBs for the first half of FY22 is as follows : 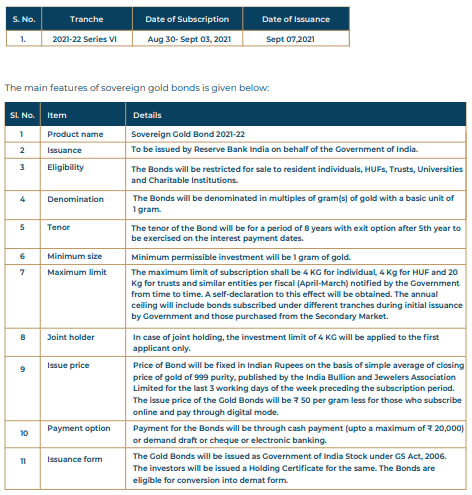 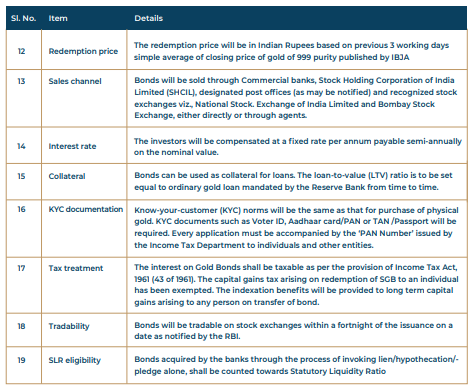